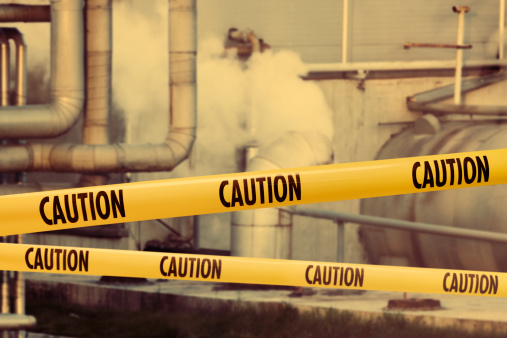 On July 27, 2021, two people were killed and 30 were hospitalized after a chemical accident at the LyondellBasell plant in La Porte, Texas. The company said the incident involved a leak of acetic acid. This accident affected many families and left people with many questions. What is acetic acid and what makes it so dangerous? And how could something like this happen?

LyondellBasell is a plastics, chemicals, and refining company that has 18 plants in Texas. The company said the incident occurred in its Acetyls Unit and involved the release of 100,000 pounds of acetic acid – sometimes called glacial acetic acid, ethanoic acid, methanecarboxylic acid, and ethylic acid.

Acetic acid is a hazardous substance

On its website, the company states that the largest use of acetic acid is in the manufacturing of paints, adhesives, paper coating, textile treatment, and plastics. It can also be used as a process solvent in the production of polyester esters, fibers, containers, film, tapes, coatings, inks, and adhesives.

The National Institute of Health’s National Library of Medicine describes acetic acid as a clear, colorless liquid with a strong odor of vinegar that is corrosive to metals and tissue. It notes that “breathing of vapors causes coughing, chest pain, and irritation of nose and throat” and that “contact with skin and eye causes burns.”

From early reports of the La Porte incident, that appears to be exactly what happened.

Attorneys for one worker severely injured at the plant said he sustained acid burns internally and externally and has had surgeries on his face and eyes, with more surgeries expected in the future. Those attorneys, as well as attorneys for the family of a worker that died, said LyondellBasell was aware of a leak in its Acetyls Unit but chose not to repair it.

The company claims part of the unit was shut down and planned maintenance was being performed when the incident happened. The source of the leak was an acetic acid reactor, the company spokesman said.

This type of story is all too common in Texas, which is home to many chemical plants, oil rigs, and gas wells. There was a TBC plant fire in Port Neches, the ITC Deer Park fire, and the KMCO LLC fire in Crosby.

An experienced industrial accident attorney can protect your rights

Oil, gas, and chemicals are hazardous materials, and working around them can be dangerous. When companies are negligent or try to cut corners to save money, people can get seriously hurt or killed.

If you were hurt in an oil, gas, or chemical accident, you may not be sure what to do next. It seems like things are happening fast and you may hear a lot of conflicting information. That’s why it’s important to talk to an attorney experienced in these types of cases to protect your rights and review your legal options.

Tracey Fox King & Walters has handled many cases involving oil, gas, and chemical accidents. We know how to investigate these types of industrial accidents to get the facts and identify parties whose negligence led to what happened. We review accident reports, inspections from the Occupational Safety and Health Administration (OSHA), and consult experts.

We fight for the injured to help them recover the financial compensation they deserve. Contact us to schedule a free consultation and learn more about how we can help.