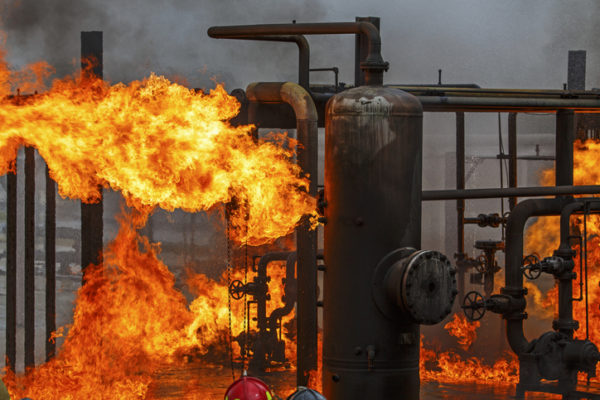 Multiple chemical plant explosions and fires have occurred throughout Texas within the past few years, resulting in several injuries and fatalities. In March of 2019, an explosion and fire at Intercontinental Terminals Co.'s Deer Park facility burned for three days and pumped copious amounts of black smoke into the air (which could be seen as far as 20 miles away).

In August, 37 people were injured in an explosion at an ExxonMobil plant in Baytown, which is located about 25 miles east of Houston.

CNN reported on another chemical plant explosion that occurred in Houston on November 27, 2019. The incident — which involved two explosions and a fire — occurred at the Port Neches chemical plant, and resulted in mandatory evacuations within a four-mile radius of the plant.

Texas Petroleum Chemicals (TPC Group), based in Houston, owns the Port Neches chemical plant. The company produces highly flammable 1,3 butadiene and has been designated as a "high priority violator" by the U.S. Environmental Protection Agency (EPA) for more than two years. TPC Group has failed to comply with federal clean air laws since its last inspection in August 2017.

In addition, they have been found spewing unlawful amounts of pollution into the air five times during 2019 alone. They've been fined by the EPA and the Texas Commission on Environmental Quality dozens of times within the past five years. The fines have added up to less than $200,000. Environmental and consumer advocacy groups say that it isn't enough to keep the company from violating environmental regulations.

The Port Neches chemical plant explosion injured several workers and nearby residents, yet the cause is still under investigation. Roughly 30 people were on site at the time of the incident. The first explosion happened around 1 a.m. on Wednesday, November 27. The second explosion occurred in the afternoon. The communities affected include Port Neches, Groves, Nederland and northern Port Arthur. Evacuations took place for 48 hours following the incident, forcing 50,000 people out of their homes.

Elena Craft is senior director for climate and health at the Environmental Defense Fund. She likens the compliance history of many chemical plants to a "rap sheet."

“Of course we see many times these bad actors that continue to have violations and ultimately this can lead to the kind of major disasters like the explosion last night,” said Craft, at the time of the incident.

Chemical plant explosions, such as the ones we have seen this year, are often preventable. When the plant owners fail to comply with safety and environment standards, they don't just pollute our communities with harmful toxins. They also put workers and residents in danger.

If you or a loved one sustained injuries due to a plant explosion or fire, you need a strong legal advocate on your side who can launch an investigation. Incidents such as this can happen in an instant. Causes could include worker errors, defective equipment, poorly maintained facilities, and failure of plant owners to comply with state and federal regulations.

The legal team at Tracey & Fox can gather proof of negligence and fight to hold responsible parties accountable. We can also negotiate with insurance companies for a fair settlement. If they refuse to budge, we'll be prepared to take them on in court.

To find out how we can help you, contact us online today. We serve clients in greater Houston, San Antonio, and Dallas.