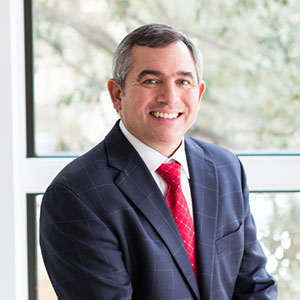 Tracey Fox King & Walters attorney Scott Greenlee has always had a passion for writing and helping people. This led him to pursue a career in law, where he now does both. After receiving his law degree, Scott began working in civil litigation and gained a lot of experience in general law. He has been working in personal injury law since 2006.

"The work we do is fulfilling and rewarding because we are able to help people who need it and can make a difference in their lives."

Scott has worked on the trial and settlement of several high-profile cases including a drug that caused an increased risk of primary pulmonary hypertension in patients. He was also involved in high-profile cases against the maker of faulty hip implants and the manufacturer of a drug prescribed for acid reflux- which produced permanent life-long injuries. He participated in negotiating a prominent Benzene settlement and several appeals to the circuit courts. Scott has also litigated several cases on behalf of workers injured in the workplace- including a Jones Act case in the Fifth Circuit Court of Appeals. That appeal was successful and a settlement was reached for the barge deckhand, who lost a limb due to negligence. Contact Scott Greenlee.