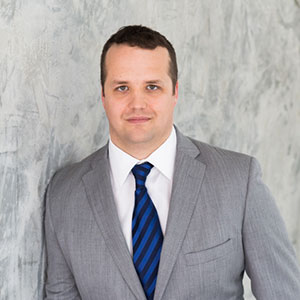 A Houston native, Tracey Fox King & Walters attorney Clint Casperson was inspired to fight for injury victims and follow in the footsteps of his parents, who are both lawyers. After graduating from the University of Oklahoma College of Law, he returned to Houston and began working with our firm as a clerk while studying for the bar exam.

"The kind of work that we do is challenging and rewarding. There's never a dull moment."

As an attorney, Clint has worked on a variety of complex pharmaceutical mass tort cases involving Accutane, Celexa, Fen-Phen, Lexapro, Reglan, transvaginal mesh and Zoloft. He also handles personal injury cases such as car accidents and premises liability lawsuits. In 2020, Clint was promoted to partner at Tracey Fox King & Walters.