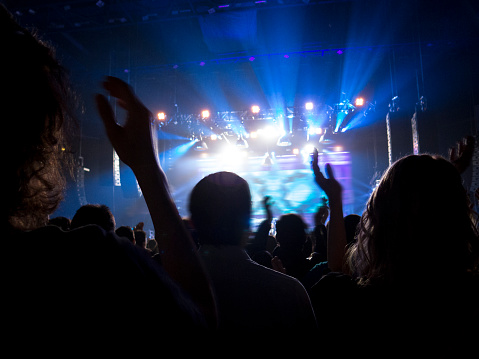 Our thoughts are with the victims, and we are here to help

Multiple people died and hundreds of others were injured when a crowd surged toward the stage during Travis Scott's performance at the Astroworld music festival in Houston on Friday, Nov. 5, 2021.

The tragic incident took place shortly after 9 p.m. at the sold-out event when audience members who were near the front of the stage during Scott's concert were trapped and crushed by the surge.

About 50,000 people were at the concert, and witnesses said they saw audience members being crushed, people screaming in terror, blood, and victims passing out because they could not breathe.

Officials say more than 300 people received treatment for crush injuries at a field hospital set up near the event, and over 20 people were transported to area hospitals, some for cardiac arrest.

The number of people who died in the Astroworld Festival disaster has climbed to 10 now that a 9-year-old boy has died from injuries sustained at the music concert, according to CBS News.

Ezra Blount, 9, of Texas, was on his father's shoulders waiting for Drake to take the stage when the audience allegedly pressed in to get closer to the artist. The father, Treston Blount, says he began to feel "crushed" until he couldn't breathe and passed out. When he woke up, his son was gone. Ezra experienced swelling in the back of his brain and had trauma to nearly all his organs, according to his family's GoFundMe site. Treston Blount says he believes his boy was trampled.

Ezra succumbed to his injuries a little over a week after the concert.

The incident is still under investigation, but the details that have emerged since the tragedy unfolded on Nov. 5 are troubling.

As noted in the ABC13 report:

Unfortunately, this isn't the first time people have been seriously injured at a Travis Scott concert. At a 2017 Scott performance in Manhattan, a man fell over a railing and was paralyzed. That same year, Scott was arrested at a performance in Arkansas for allegedly inciting a riot when he "encouraged people to rush the stage."

Someone needs to be held responsible

Astroworld victims and their loved ones deserve answers and accountability. If you were injured or a loved one died as a result of the crowd surge at the Astroworld Festival, you may be eligible to pursue a lawsuit.

Our law firm is here to help in any way that we can. Please do not hesitate to reach out to us for a free and confidential consultation.