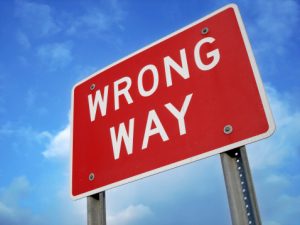 Wrong way driving is a notable concern in Texas, causing nearly 240 car accidents per year. In one attempt to combat this issue, TxDOT has invested $1.5 million in a project being produced by the Texas A&M Transportation Institute, and it's beginning to show results.

KBTX was on site during a test of TTI's new system last month at the Texas A&M RELLIS Campus. The system uses a network, mostly composed of existing technologies such as radar, which can be placed at on-ramps to detect vehicles moving the wrong way and alert relevant parties. In the test, the offending driver received an alert telling them they were going the wrong way, while other vehicles in the area received a different alert warning them of the danger.

What to Expect from this Test

As shown in the report, the alerts are currently given through dashboard-mounted screens. However, the creators of the system look forward to alerts being shown on dynamic message signs along the highway or through other existing means. The stated goal is to ensure that drivers are made aware of their mistake before it becomes a problem, whether they are impaired, confused, or otherwise mistaken. Tragedies like the triple fatality on August 3 of this year on I-45 outside Dallas would hopefully become much less common.

The system could also allow for law enforcement to use data from traffic cameras to collect descriptions of the vehicle, including color, make, and model. This would enable the alerts to be much more detailed, so other drivers know exactly where the danger lies. Fully integrating all of these systems is a major goal of the project, according to Southwest Research Institute Senior Research Analyst, Cameron Mott. He is quoted, "The integration and the capabilities of being able to integrate fully with existing systems is the biggest limitation that I see right now...But it's an area that we're putting some definite research into and are excited to see what comes of the next efforts"

John Gianotti, TxDOT Transportation Engineer from the San Antonio District, expressed confidence that this system or one like it could be widely available within 5-10 years. Gianotti also noted that the technology released at that time may even be far more advanced by then, citing the rapid development of cell phones over a similar span.

New technologies can make a big difference in terms of safety on Texas roadways. However, the ultimate responsibility for safely operating vehicles still falls on motorists. While this research continues, we encourage all drivers to be carefully attentive to the direction of travel and to seek legal counsel if an accident occurs.