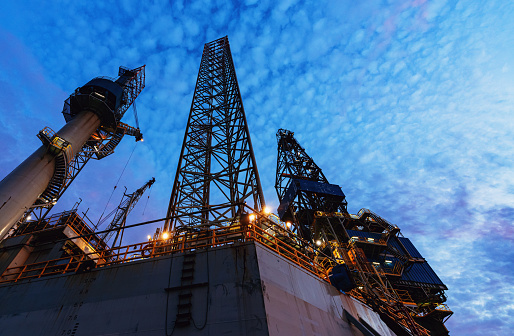 Our Texas oil rig accident lawyers reveal what you should know

The federal government undercounts the number of workers who die as a result of offshore fatalities while working on offshore oil and gas rigs, according to a recent, in-depth study that examined fatalities for offshore oil rig accidents.

As a result of such undercounting, the offshore oil and gas drilling industry “appear(s) safer than it really is,” according to Southerly Magazine, one of the two publications which co-authored the recent report with Drilled News.

According to the report, “nearly half of known offshore worker fatalities in the Gulf of Mexico from 2005 to 2019” were not counted because they did not fit the criteria used to report such accidents to the Bureau of Safety and Environmental Enforcement (BSEE), which is responsible for enforcing environmental regulations governing the offshore oil and gas industry.

In addition, BSEE accident statistics do not include “offshore fatalities that occur in state waters, or deaths that occur while workers are in transport to offshore facilities,” Southerly reported. “They don’t count deaths that happen on offshore platforms that aren’t work-related, either, even though the remoteness of offshore platforms makes it more difficult to seek medical attention and workers often stay on platforms for two weeks at a time.”

As the recent investigation illustrates, obtaining accurate oil and gas rig accident statistics can be difficult. According to the BSEE, there were 6 fatalities and 222 injuries in 2019 on offshore oil rigs. Such figures are the most since 2010 when in that year alone there were 12 fatalities and 220 injuries.

But these figures don’t tell the complete story. According to the Southerly Magazine article, “there were three additional deaths among offshore workers not reported by BSEE in 2019, including two in a helicopter crash heading out to a rig and one that law enforcement determined was not work-related.”

For example, Southerly Magazine reported that in April 2021, "...six men died and seven went missing after a lifeboat capsized on its way to an oil and gas lease in the Gulf.” Yet these fatalities will not be counted among the 2021 offshore oil rig deaths by the BSEE, which confirmed the information for Southerly Magazine.

Accidents that occur involving offshore oil and gas rig workers that result in serious injuries or fatalities happen for many different reasons, including but not limited to:

If you were severely injured or a loved one died in an accident involving an offshore oil or gas rig, talk to an attorney to learn more about your legal rights and options.

Find out how an attorney can help

You might think you don’t need a lawyer if you're the victim of an offshore oil rig accident, but these are usually high stakes cases that often turn into highly contested legal battles.

At Tracey Fox King & Walters in Texas, our attorneys are no strangers to cases involving catastrophic injuries and accidents. We understand employment law, maritime law and other state and federal regulations that may apply to your case, including the Jones Act as well as the Longshoreman and Harbor Workers Compensation Act (LHWCA).

We know how to investigate, find evidence, and build a strong legal case. Whether it's negotiating a settlement or filing a lawsuit and preparing your case for trial, we will fight for the best possible outcome in your case and work to recover every dollar you deserve.

Contact us today in Texas to schedule a free case evaluation with an experienced oil rig accident lawyer. We have offices conveniently located in Dallas, Houston, and San Antonio.