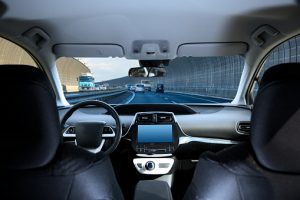 Self-driving cars are no longer just the work of science fiction. The last decade has shown huge advances in the pursuit of completely autonomous cars. Companies like Google, Tesla and now Uber have all tried to implement this new technology. However, these and other companies have slowed down research and production of self-driving vehicles after a self-driven Uber car struck and fatally injured a woman this past March.

Drive.ai, however, has no such plans to slow down. Andrew Ng, one of the board members at Drive.ai, feels that the right thing to do now is to push forward. “You don’t succeed by staring in the rear-view mirror,” Ng said, “We’re focused on the path forward.”

The future is here

That said, Drive.ai is still taking a lot of precautions, at least for the time being. Their self-driving cars are still in the trial stage. The autonomous cars are currently only being tested in Fresno, California, an area chosen for its fair weather conditions and light pedestrian traffic. The autonomous cars are run along certain routes and make specific, scheduled stops. As of now, they are only operating during the day, and only if the weather conditions are ideal.

When the program officially begins, backup drivers will be present at each route. They will sit in the driver’s seat but not operate the vehicle unless absolutely necessary. Drive.ai wants to phase out the use of these backup drivers by the end of the year.

It’s a good start, but there’s still far to go.

Texas car accident lawyers know that the overwhelming majority of car accidents are caused by human error. When we drive under the influence, send a quick text message, or fail to check a blind spot, we run the risk of an accident. By removing people, and therefore human error, from the driver’s seat (as in the case of autonomous vehicles) we take a large step toward overall safety on our roads. However, this technology is still very flawed, as the recent incident in Phoenix had shown us.

The attorneys at Tracey & Fox greatly value any technology that can make our roads safer for all drivers, as long as the appropriate precautions remain in place and the technology remains heavily monitored. Computers can make mistakes, just as people can, though one would hope they would come at a much lower rate. If and when autonomous cars become a reality for everyone, they must still be monitored closely. We cannot assume that a self-driving car will never make a fatal mistake.

If you or a loved one were injured in an auto accident, contact us today. We will work to get you back on the road.