Fatal Car Accidents Caused By Red-Light Runners On The Rise 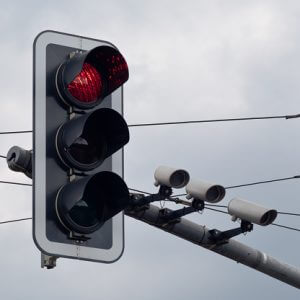 We’ve all seen it: a driver speeds through an intersection during a light change even though they clearly won’t make in time. These red-light runners are the cause of deadly intersection accidents – and there’s more of these accidents today than ever before.

The Insurance Institute for Highway Safety (IIHS) reports that deaths caused by red light runners have gone up 17 percent since 2012. Meanwhile, people have been buying bigger, more dangerous cars and communities have been shutting down useful red light camera programs. With less penalties and larger vehicles operated by reckless drivers, the safety of many Texans is at risk.

Red light cameras on the decline

What has led to this increase in fatal accidents? The IIHS says that a decrease in red light cameras is partially to blame. They report that the use of red light cameras is down 21 percent. This is unfortunate as the cameras are “proven lifesavers” according to Cathy Chase, president of Advocates for Highway and Auto Safety.

Fewer cameras mean fewer tickets for violators, and when reckless drivers don’t have consequences for their actions, they continue to break the law. Several organizations are advocating for more red-light camera programs. But for now, dangerous drivers continue to run red lights without being automatically held accountable.

A common accident that occurs during a red light violation is a T-bone accident in which one car strikes the side of another car. When a person illegally runs through a red light, they crash into the side of a driver who had the right of way.

These accidents can be catastrophic and require lengthy medical treatment. Upon impact, the side door can be smashed in while the glass in the door is shattered. Drivers and passengers can suffer serious injuries such as broken bones, traumatic brain injuries and spinal injuries.

The popularity of larger vehicles has made red-light accidents even more deadly. According to the National Highway Traffic Safety Administration, SUVs have significantly contributed to the 46 percent increase in pedestrian road deaths. The high hood lines of these cars cause head, neck and chest injuries which are more likely to be fatal.

When SUV drivers run red lights, the outcome can be even more devastating. According to the IIHS, more than half of the people killed in senseless red-light accidents are not-at-fault victims, including pedestrians and bicyclists.

Fewer red-light cameras, bigger cars and deadly T-bone accidents are a recipe for disaster for Texas drivers and pedestrians. Law-abiding citizens shouldn’t have to pay the price for the decisions of negligent drivers who made the choice to run a red light.

That’s why the law offices of Tracey & Fox advocate for the victims of red light accidents. We know how to handle car crashes, including the T-bone accidents involving drivers running red lights. If you or a loved one has been injured as the result of a red light accident, contact us today for your free consultation.