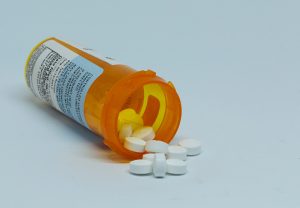 In 2016, more than 59,000 people in the United States died from drug overdoses. That number represented the largest annual jump ever recorded in the nation. Americans under 50 are more likely to die from a drug overdose than from any other cause. To address the growing epidemic, the Department of Health and Human Services in October declared the opioid crisis a public health emergency.

With lives being lost every day due to the epidemic, it's critically important to take a close look at the role of the companies that manufacture these dangerous drugs. Opioids marketed by pharmaceutical companies include a range of powerful drugs from heroin to fentanyl and prescription drugs such as oxycodone, hydrocodone, codeine and morphine (among others).

In September, the attorneys general of 41 states announced they would investigate companies that manufacture and distribute opioid pain killers, according to an NPR report. The AGs want to find out if drug makers misled doctors and patients about the addictive nature and the ability of opioids to produce the intended result.

The pharmaceutical industry expanded in the 1990s in response to efforts by health care professionals to find better ways to treat pain. According to the NPR report, New York Attorney General Eric Schneiderman said millions of people who were prescribed opioids became addicted. Some turned to illegal opioids like heroin. Meanwhile, doctors who prescribed the drugs said they were led to believe that their patients would be at little or no risk to becoming addicted to opioids.

Pharmaceutical companies should be held accountable

Victims and their families often have a tough, uphill battle when taking on large corporations. The big pharmaceutical companies have teams of lawyers who may try to blame other parties for causing the opioid epidemic. They might point the finger at doctors who prescribed a drug or even patients who sought treatment for chronic pain.

That's why it's critical to consult with an experienced attorney at Tracey & Fox. We have successfully litigated wrongful death claims against the world's largest drug manufacturers. Often, a lawsuit is necessary to hold a negligent company accountable.

We believe the drug companies have put their quest for profits first, while neglecting the safety of patients. If your loved one died as a result of an opioid overdose, contact an experienced attorney at Tracey & Fox. We have years of experience standing up to powerful pharmaceutical companies. Let us put our experience to work for you.