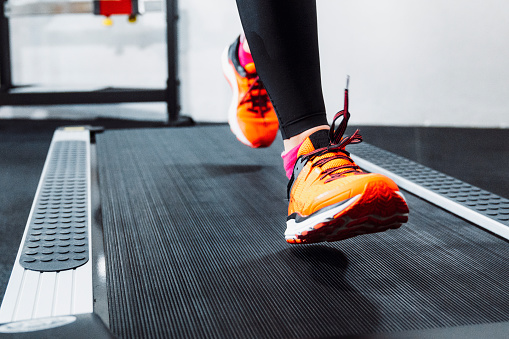 Peloton, widely known for its high-tech stationary exercise bikes, has recalled its Tread+ and Tread treadmill machines following the tragic death of a 6-year-old child and dozens of other injuries to children.

Those who purchased either model of the Peloton treadmill have been warned to stop using it immediately, and CEO John Foley has publicly apologized for not cooperating with the U.S. Consumer Product Safety Commission (CPSC) sooner.

Why did Peloton recall their treadmills?

While Peloton has since paused all sales and distribution of the Tread+ and issued a recall, in April the CPSC warned consumers to stop using the machines for safety reasons.

Due to an apparent design defect, adults, children, pets, and large objects could be pulled, pinned, and entrapped underneath the rear roller of the treadmill and suffer severe injury or death.

Sadly, that's exactly what happened to a 6-year-old boy who died after getting pulled under the rear of a Tread+ machine.

Peloton has also received 29 reports of children suffering injuries such as second-and-third-degree abrasions, broken bones, and lacerations from the exercise equipment, and overall, there have been more than 70 reports of people and/or objects getting sucked under the rear of machines.

Peloton has also recalled its Tread treadmills due to safety concerns, as the touchscreen on the equipment can detach and fall. While there have been at least 18 reports of touchscreens loosening and another half-dozen reports of the touchscreen detaching and falling from the machine, no injuries have been reported in the U.S.

Consumers in Canada and the U.K. have reported minor injuries caused by touchscreen detachment, including abrasions, minor cuts, and bruises.

"We should have engaged more productively with them from the outset," Foley said. "For that, I apologize."

Anyone who purchased the Tread+ can contact Peloton by Nov. 6, 2022, to get a full refund, and the company said it's performing software improvements to automatically lock the machine after use so that it can't be unlocked without entering a 4-digit passcode.

For individuals and families that have been affected by the decision to not recall the defective treadmills sooner, "sorry" probably isn't good enough.

We can help you make Peloton pay for its recklessness

Peloton's exercise equipment is expensive, so it's reasonable for consumers to think they're paying $4,000-plus for a machine that's safe to use.

With that said, it doesn't matter what company it is or how much their product costs; businesses have a legal responsibility to make sure their products are safe for consumers to use. Instead, a lot of companies make the choice to place profits over people.

If you or someone you love was injured by a Peloton Tread+ or Tread treadmill, our law firm can help you explore your legal options.

The highly skilled personal injury lawyers at Tracey Fox King & Walters in Texas have a reputation for taking on large corporations and making them answer for their negligence. There is no case too big for us to handle, and our dedicated legal team knows what it takes to get results.

Let us help you hold Peloton accountable and fight for the compensation you deserve.

Contact us today for a free case evaluation. Our offices are located in Houston, Dallas, and San Antonio and we serve clients nationally.