Overzealous Marketing and High-Volume Prescribing at Center of Nuedexta Investigation 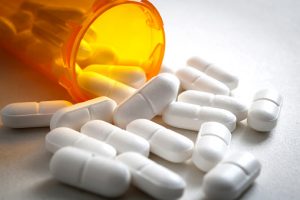 Nuedexta entered the market in 2011 for the treatment of pseudobulbar affect (PBA). PBA is a condition affecting patients with neurological diseases or brain injuries. The disorder causes uncontrollable laughing or crying in those affected. An estimated 1% of the American population is affected by PBA; it is most commonly associated with multiple sclerosis (MS) or amyotrophic lateral sclerosis disease (ALS). Despite that low number, the maker of Nuedexta, Avanir, has engaged in aggressive marketing to push the drug to doctors for off label use in patients with Alzheimer's, major depressive disorder, and other medical conditions. Most concerning is the high-volume prescribing to elderly in nursing homes. Nursing home staffing is often difficult and retention is problematic. Many of those employed to care for the elderly do not have the proper skillset or certifications. Incentivizing doctors to prescribe a medication for patients being cared for by an often-unskilled workforce is a dangerous path towards an uncontrolled experiment involving our most vulnerable citizens.

Since the introduction of Nuedexta in 2011, the number of pills dispensed has increased by 400% in four years. In 2012, 2.83 million pills were dispensed versus 13.95 million in 2016. The federal government pays for a large portion of these prescriptions through Medicare. Neudexta sales have soared due to an unethical, but not illegal, practice of giving kickbacks to doctors. The pharmaceutical company Avanir has spent more than $20 million in consultation fees and other services, travel, and dining in exchange for high-volume prescribing. In 2015, half of the prescription claims submitted to Medicare were from doctors who had received cash or perks from Avanir.

All this comes after Avanir won a long-fought patent battle with several drug companies over the patent for generic versions of the drug. It is not surprising the company has adopted such aggressive marketing tactics to recoup their legal fees and ensure success of the drug. The drug's prominence in nursing homes makes sense with the staffing pool of nursing homes - Nuedexta provides a way to manage the nursing home residents' behavior without the increased quality of staff.

Nuedexta is a combination of two common drugs: dextromethorphan and quinidine. Both drugs are common; dextromethorphan is a cough suppressant and quinidine is used to treat abnormal rapid heart rhythms. The combination of these drugs affects the neurotransmissions of receptors, preventing PBA episodes. Nursing homes have become targets due to the number of patients with dementia, unruly behavior, or agitation. Nuedexta is touted as the 'magic bullet' for the disturbances and outbursts of patients with no diagnosis of PBA. Experts state the presence of PBA in dementia patients is extremely rare.

During the clinical studies, three patients died, which the study attributed to the natural course of the diseases tested, MS and ALS. However, since its release in the market, 51 deaths and more than 113 hospitalizations have been reported to the FDA. In addition, more than 1,000 adverse event reports have been submitted to the FDA naming Nuedexta as the suspect medication. And these numbers are only for incidents that get reported. Neudexta has been associated with increased patient falls due to dizziness and confusion. Prescribing Neudexta for an off-label use is also dangerous for the elderly because they are a group of patients already heavily medicated. The lack of extensive testing and studies of known interactions between Nuedexta and other powerful drugs adds to the danger of Avanir's reckless marketing efforts.

This type of overzealous marketing and focus on profits instead of public safety is not uncommon among drug companies. Sean Tracey of Tracey & Fox has successfully litigated injury and death claims against the world's largest pharmaceutical manufacturers. We want to put our experience to work for you.