New Data Focuses on Road Dangers in the Houston-Galveston Area 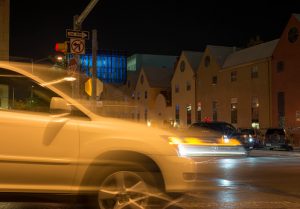 New data is out that highlights the ways traffic safety has improved, and ways it has grown worse, in the counties surrounding Houston. The annual State of Safety Report, issued by the Houston-Galveston Area Council, breaks down the crash data available into regional sets by county and twelve accident types. Total accidents, serious injuries, and fatalities are all tracked across the five-year period from 2012 through 2016.

Harris County had the bulk of accidents in our area in 2016, with 131,156 of the 170,099 crashes in the region. The county has seen an increase in total accidents every year since 2012. This wasn’t consistent across accident types, however, as Harris County saw a decrease in accidents involving speeding, distracted drivers, unrestrained persons, young drivers, commercial vehicles, and work zones. Despite the decrease in quantity of crashes, crashes involving distracted drivers and work zones still saw increases in fatalities. Accidents involving unrestrained persons similarly saw an increase in serious injuries but a decrease in total accidents.

We can do better. The H–GAC Regional Safety Council has marked out five of these accident types as focused areas and saw improvement in three of them. Those of us on the road, however, are responsible for avoiding our participation in all of them. It is individual drivers who allow themselves to be distracted or to get behind the wheel when impaired, and it is individual drivers who must be on the lookout for motorcyclists, bicyclists and pedestrians. When drivers fail to take responsibility for their actions and cause injuries or death, their victims deserve justice. If you have been the victim of an car accident, contact us today so we can help you.