Gulfton Identified as One of Houston's Most Dangerous Sections for Pedestrians 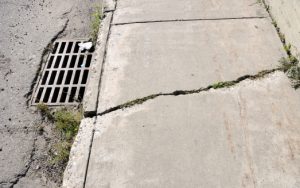 But Gulfton, a section of Houston located west of Interstate 610 and nested just below Interstate 69, has been identified as one of the city’s most dangerous areas for pedestrians, according to the Houston Chronicle.

Why pedestrian accidents are so high in Gulfton

The Chronicle cites a report from TxDOT stating that between 2010 and 2017, 149 people were injured or killed in pedestrian accidents. In this particular area, accidents can be attributed to poor infrastructure and traffic congestion. Additionally, 16 percent of Gulfton residents don’t own vehicles or drive (compared to the city average of nine percent). This puts an increased number of pedestrians and bicyclists on dense streets, sharing the roads with passenger vehicles.

An examiner found that the sidewalks themselves were risky to walk on. Uneven surfaces, frequent gaps and large cracks created tripping hazards. Overgrown shrubs often blocked the sidewalks, causing some pedestrians to venture into the road. Due to these hazardous conditions, many Gulfton-area residents report walking in the middle of the street to reach their destinations.

Moreover, some intersections lack visible crosswalks and traffic lights, making it dangerous to cross the street.

One resident reports a close call when a speeding vehicle making a quick turn came within inches of striking her and her kids. Another pedestrian wasn’t so lucky. A graduate student at Baylor College of Medicine was struck on her way to school one morning when a vehicle drove onto the median while she was waiting for traffic to clear.

What is being done to reduce pedestrian accidents?

Mayor Sylvester Turner has made infrastructure in Houston’s most dangerous sections a top priority. As part of his Complete Communities initiative, Turner plans to install new street lights, speed bumps and bike lanes, as well as improve sidewalk conditions.

While the city government and volunteers are currently taking action to improve walking conditions in Gulfton, it is important for drivers to slow down and watch for pedestrians. Better infrastructure, while important, is no substitute for safe driving.

In the event that you’ve been injured in a pedestrian accident, you may be entitled to compensation for your medical expenses, lost income, and suffering. It’s best to speak to an experienced Houston pedestrian accident attorney who can investigate the cause of your injury.