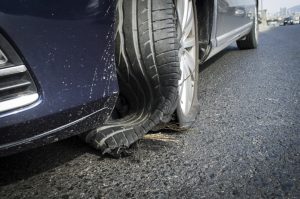 Texas legislators are protecting drivers by passing a bill prohibiting the installation of unsafe, used tires. The bill, which was adopted with the bipartisan support of state lawmakers and sent to Governor Gregg Abbott for his signature:

To be clear, the bill does not ban all used tires. It is aimed at used tires that fail to meet specific safety standards.

“This is a commonsense bill that will save lives by mitigating one of the biggest causes of serious car crashes – unsafe tires,” said State Sen. Jose Rodriguez, D-El Paso, who introduced the legislation. “This bill provides another layer of protection for consumers, drivers, and law enforcement.”

Under the bill, tires are banned when:

The U.S. Tire Manufacturers Association, which says nearly 38 million used tires are available for sale nationally every year, voiced its support for the bill.

“USTMA applauds the Texas legislature for taking this important step toward preventing high-risk, used tires from jeopardizing the safety of motorists on Texas roads,” said Anne Forristall Luke, USTMA president and CEO. She also praised Senator Rodriguez, as well as the House efforts of Rep. Travis Clardy, R-Nacogdoches, and urged Governor Abbott to give his final approval.

If you have been involved in a crash in Texas due to faulty tires, how do you even know? All you really know is that you have been injured. You or a family member could be out of work for days, weeks, or months, if not crippled for life. You’re having extreme difficulty paying your bills, while also dealing with emotional and mental trauma. Meanwhile, an insurance company is pressuring you with a financial settlement offer that, while tempting because you are desperate, falls far short of your real needs.

What you really need are experienced car accident attorneys like Tracey & Fox. With more than a century of combined experience, we will thoroughly investigate your accident, getting to the real facts about unsafe tires and other factors before you are lost in legal paperwork or buried by an insurance company. We have offices in Dallas, Houston, and San Antonio, giving us the resources to protect your rights in court. Contact us today for a free case evaluation.