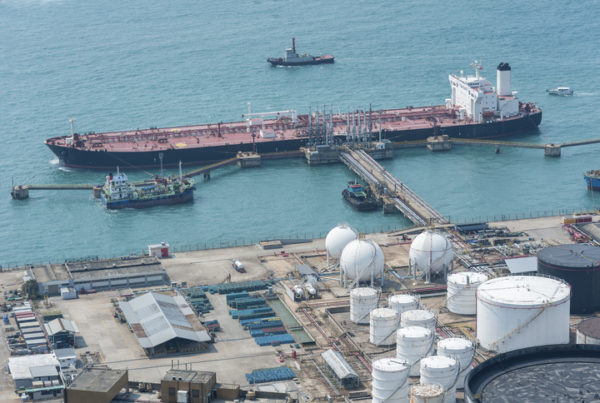 Large tankers can often be seen off the coast of Texas transporting chemicals, oil, and gas. When a catastrophe involving one of these massive boats occurs, it can be devastating. Workers on board can be severely injured or thrown into the water. In addition, chemical spills can cause pollution on a massive scale and can be toxic to area residents.

In Texas, we often hear about collisions between tankers, barges, and fishing boats. One recent incident off the coast of Galveston, Texas proved to be deadly.

The Maritime Executive reports that a collision between a 600-foot chemical tanker and an 80-foot fishing boat occurred near the Galveston jetties.

The fishing boat, Pappy's Pride, reportedly capsized after being struck by the tanker, Bow Fortune. Four crew members from Pappy's Pride ended up in the water, according to the U.S. Coast Guard.

Boat crews were dispatched to the Galveston jetties in response and were able to pull two fishermen out of the water. They both received CPR and were taken to a nearby hospital. One of the fishermen died and the other survived, according to the Galveston Beach Patrol. The two other fishermen went missing.

KPRC2 reports that search and rescue efforts went on for about three days, covering more than 49 square feet.

The cause of the crash is still under investigation, but heavy fog was reported at the time of the incident. The Bow Fortune was "inbound and under pilotage as first vessel in a convoy," said its operator Odfjell.

A 2019 collision between a large tanker and two oil barges caused tens of thousands of gallons of gasoline to leak into a Houston-area shipping channel. According to ABC News, the U.S. Coast Guard confirmed that the incident occurred around 3:30 p.m. on Saturday, May 11, 2019 in the Houston Ship Channel. The collision involved a 755-foot tanker and a tug boat pushing two barges — each carrying 25,000 gallons of reformate. Reformate is the intermediate stage of gasoline production and is deemed "toxic" to marine life.

The barges were owned by Kirby Corporation, the largest barge operator in the United States. The company's vice president, Jim Guidry, told the Houston Chronicle that two of the four storage tanks on the barges were punctured by the hull of the tanker. The Coast Guard confirmed that one of the barges capsized, and the other was severely damaged.

The leak was found to pose no danger to the public after air monitoring tests were completed. Officials say that it is unclear how much reformate leaked into the water, though. According to eyewitnesses, the leak has left a potent smell and a visible layer of reformate on the surface of the water.

Experience matters when it comes to oil, gas and chemical accidents in Texas. The Houston attorneys at Tracey & Fox are dedicated to helping people injured in industrial accidents pursue justice. Our highly skilled legal team can launch a thorough investigation and help you build a strong claim. To learn more, contact us online today.