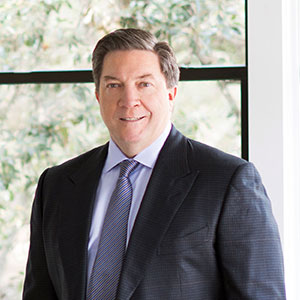 HOUSTON, TX (June 22, 2021) – A U.S. Army veteran represented by attorney Sean Tracey, founding partner of the Texas law firm Tracey Fox King & Walters, has been awarded $1.7 million in damages by a federal jury in Pensacola, Florida, for hearing loss and tinnitus he suffered as a result of using 3M’s combat earplugs.

The judgment for Army veteran Lloyd Baker represents the second such verdict against 3M, which jurors found failed to provide adequate safety warnings for the earplugs, known as the “Combat Arms Earplugs Version 2.”

Facing over 230,000 claims by veterans and service members who used the earplugs between 2007 and 2013, the multinational conglomerate has been accused of covering up design flaws, rigging test results, and not providing adequate instruction on how to use the earplugs.

“3M’s marketing for the Combat Arms Earplug claimed ‘You Protect Us. We Protect You.’ But that couldn’t be further from how the product actually performed,” said attorney Sean Tracey, a renowned personal injury and product liability lawyer with over 25 years of experience. “Lloyd served his country faithfully, and in the course of his service, he used 3M’s product for exactly its stated purpose. Now he’ll live with hearing loss for the rest of his life.”

Baker, a former infantryman and M240 machine gun operator, was diagnosed with hearing loss and tinnitus in 2009. Prior to his hearing loss diagnosis, Baker had experienced muffled hearing and ringing in his ears while training at Fort Lewis in Washington state, before his deployment. Among the exercises he took part in at Fort Lewis was the detonation of loud munitions inside buildings designed to recreate the city environments troops would experience in Iraq.

He is one of the multitude of service members claiming 3M’s earplugs failed to protect their hearing in training and combat environments.

“3M knew the earplugs were defective, and they failed to inform the military. We have this on record, from their internal emails,” said Tracey. “Service members like Lloyd were harmed while 3M executives were joking about deceiving our military for profit. This verdict, finally, will hold them accountable.”