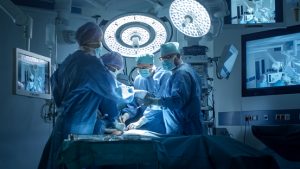 HOUSTON – The survival rate among heart transplant recipients at Houston’s Baylor St. Luke’s Medical Center is below the national average, according to a recent in-depth news investigation. The investigation also highlights several disturbing cases which never should have happened and raise concerns about possible medical malpractice at the legendary hospital revered for its pioneering heart transplant research.

The Houston Chronicle and ProPublica conducted the in-depth investigation of Baylor St. Luke’s Medical Center’s heart transplant program. According to their investigation, St. Luke’s heart transplant survival rate for patients who lived at least one year and received a transplanted heart between the summer of 2014 and the end of 2016 was 85 percent. The national survival rate during the same period was 91.4 percent. In other words, nearly twice as many St. Luke’s patients died compared to the national average.

As a result, the federal Centers for Medicare and Medicaid Services threatened in January to cut off Medicare funding to the hospital starting this August due to “its significantly worse-than-expected outcomes,” ProPublica and the Houston Chronicle reported. The program has since submitted a correction plan and avoided losing federal funds. But concerns remain.

Baylor St. Luke’s Hospital was also where another groundbreaking heart surgeon, Dr. Michael E. DeBakey, worked for decades. Dr. DeBakey performed some of the first successful heart transplant surgeries, according to his obituary in The New York Times in 2008.

Decades later, recent problems at Baylor St. Luke’s Hospital prompted some hospital officials to steer patients towards other hospitals, according to the ProPublica, Houston Chronicle article. “I told a couple of the patients [whom] I just loved that, ‘I want you to go to other institutions. I don’t feel good about our program.’ That’s true. And that’s a terrible thing,” said Dr. Deborah Meyers, the medical director of the heart failure program at St. Luke’s until early 2017.

Many of the concerns raised by patients and their families interviewed for the ProPublica, Houston Chronicle article focus on heart surgeries performed by lead surgeon Dr. Jeffrey Morgan. The in-depth article in particular begins with an anonymous letter sent in March 2017 to Judy Kveton, whose husband died due to a failed heart transplant two months earlier.

The article also details other complaints by other family members of people who died or experienced severe medical problems as a result of heart surgeries performed by Morgan. These include Lazerick Eskridge, who underwent a heart transplant in 2017, suffered kidney failure and multiple infections and lost 70 pounds in three months in the hospital. Another doctor told the Eskridges that Lazerick’s medical problems may be due to mistakes made by Morgan in the operating room, including stitching up a major vein connected to the heart, “effectively pinching the vessel shut and causing blood to back up in Lazerick’s head.”

Patients enter medical facilities, particularly well-known facilities such as St. Luke’s, expecting high-quality care. While positive outcomes can never be guaranteed, especially in the case of complex, high-risk procedures such as heart surgery, doctors are expected to follow established medical standards of care when performing those procedures.

That’s why it’s critical for patients and their families who suspect medical negligence to contact an experienced attorney, who can conduct a thorough, independent investigation to determine whether their rights were violated and, if so, hold the hospital accountable.